Port Charlotte was a good place to catch up on sleep, which we did and, after breakfast, headed out in search of the perfect dram of whiskey. First stop was Bruichladdich (“Bruch-laddie”). Bruichladdie is an old distillery that was closed in the 1990s. It was purchased in 2001 and “reborn.” The story we were told is that a young British bicyclist stopped by the gate, peered inside and decided on the spot to buy the place. This version of the story may have been part of what we came to learn wa 21st century quality marketing of the distillery, which (to be fair) competes with the likes of multinational food conglomerates who have bought up most of the other distilleries in Scotland. In fact, the cycling dude was some kind of hedge fund director from London with some spare cash. We were given a rather good, private tour and were able to see how the whiskey is made. It is a process that combines some rather straightforward fermentation with the mysterious addition of malted barleys and barrelling in oak for 10 to 18 or more years, yielding a nectar that cures whatever “might ail ya.” We moved on to the seaside town of Bowmore, home of the distillery of the same name, and then to a quick lunch at Ardmore, and on to tour Lagavulin. 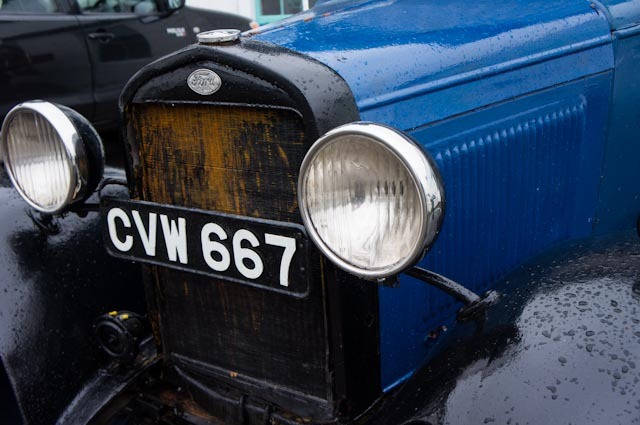 Brad with large cask of “wort” 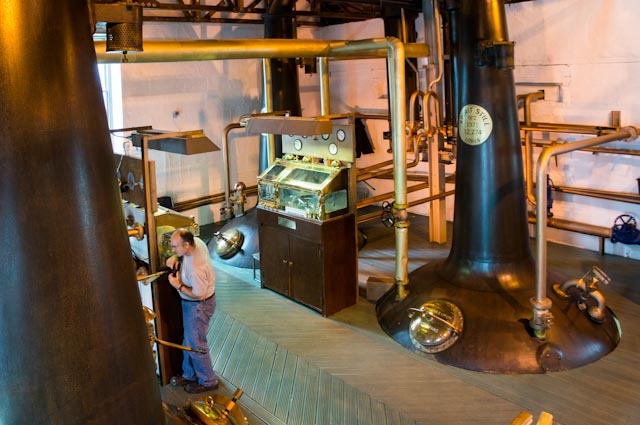 the stills of distilling 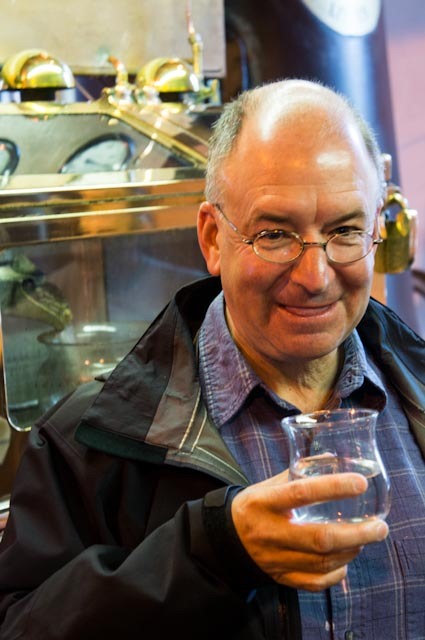 Brad samples the “wine” before it goes into kegs… 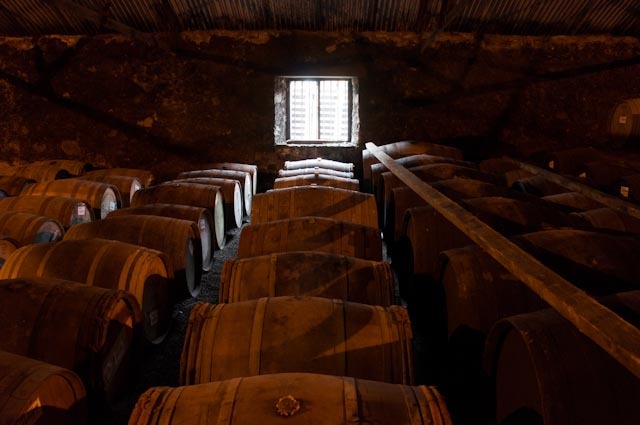 kegs and kegs and more kegs…

We were anxious to see Lagavulin, because we had experienced its fine whiskey the evening before, at the bar at the Port Charlotte Inn. We were not disappointed. After a short tour, we were led into the tasting room, where our guide provided generous drams of the Lagavulin 10, 16 and “double matured.” After being sure not to insult the distillery by leaving anything in our glasses, we agreed that we favoured the “double matured,” which became the standard by which to judge all otter whiskeys (until we came upon the Bowmore 16, but more of that later). At this point, driving a stick shift car on the wrong side of the road was becoming more of a challenge, but Lewis ably maneuvered our Ford Focus to the Laphroaig distillery, set in a beautiful bay. Laphroaig is a somewhat larger distiller than Lagavulin (and much larger than Bruichladdich), and the only one commissioned by Prince Charles, who has visited twice. The first time, in 1994, Charles insisted on taking control of his jet aircraft, which (landing too far down the runway), he managed to plow into a peat bog at the end of the runway. It is an event still celebrated on Islay, a place where not a lot of news occurs.

By this point, we had been sipping whiskey for seven hours, and the sensible thing to do was to leave.  So we returned to the airport for our short flight back to Glasgow, checked in at the Radisson Blue (which was quite serviceable),  found a decent Italian restaurant at which to have dinner and headed to bed. We needed our strength, because we were headed to hike the Scottish Highlands.

Glen Coe is certainly the most beautiful river valley in the west highlands of Scotland or possibly all of Scotland. And it is where the most notorious massacre in all of Scottish history occurred. A less notorious massacre afflicted Lewis’ knee after Brad and he scaled and descended 1600 feet in the Glen Coe Pass on a ‘moderate’ ‘walk.’ Were we to say strenuous hike no quotation marks would be needed.

With no time to waste, we awoke at 4:30 am and bade a fond adieu to Iceland, first stopping to exchange our krona for British pounds. Given the high prices we paid in Iceland, Lewis was determined to get our VAT refund, and took us on a tour of the Reykjavik airport, until we found the proper officials, who gladly refunded the onerous Icelandic tax and exchanged our currency, after taking a generous fee for the good people of Iceland.