Glen Coe is certainly the most beautiful river valley in the west highlands of Scotland or possibly all of Scotland. And it is where the most notorious massacre in all of Scottish history occurred. A less notorious massacre afflicted Lewis’ knee after Brad and he scaled and descended 1600 feet in the Glen Coe Pass on a ‘moderate’ ‘walk.’ Were we to say strenuous hike no quotation marks would be needed. Still, it was a glorious ‘walk.’

The mountains of Scotland may not be—in fact, are not—the highest in the world with Ben Nevis, the highest, at 1344 meters (about 4400 feet). But, they could be among the most beautiful and dramatic mountains, rising steeply from narrow valleys that meet at gnarled intersections. Mingling gentle green and exposed craggy granite, the Highlands mountains and valleys provided the perfect haven for the wily Highlands clansman (such as MacDonald, MacIain, Campbell, MacGregor, MacLeod, and many more) to elude the centralizing and civilizing forces of both the lowlands Scots of Edinburgh and Glasgow and the imperialist English to the south. This long, complex, bloody, and thoroughly told and retold history is far too intricate for a mere blog authored by two whiskey besotted travelers. 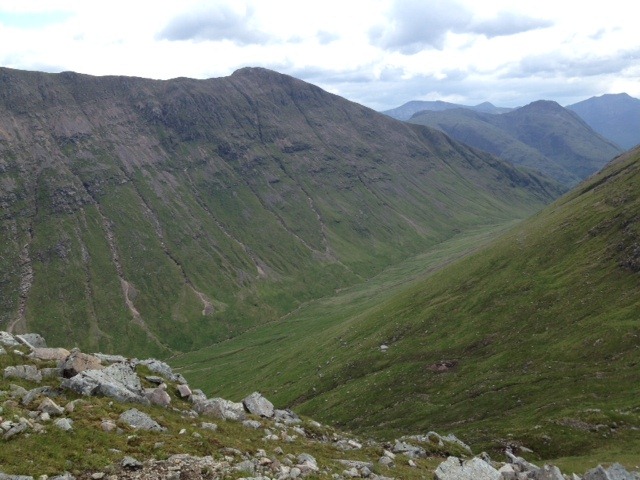 The short version is that the Campbells had allied themselves with the Scottish Parliament, which supported the oath of allegiance demanded by the English King William III (a good guy as English kings go, especially considering he was actually a Dutchman). The Campbell clan was asked by members of the Edinburgh government to arrest Alastair MacIain—leader of the Glencoe MacDonalds—whose oath was considered irregular.  If that seems a bit murky, you need to realize that the officials in Edinburgh were encouraged by the Campbells who really wanted official sanction for their revenge against the MacDonalds who had been stealing the Campbell’s cattle for years. But, then the MacDonalds believed they had good reasons for exacting a price in cattle.  You would have to go way back to figure out who started it, but you never would. 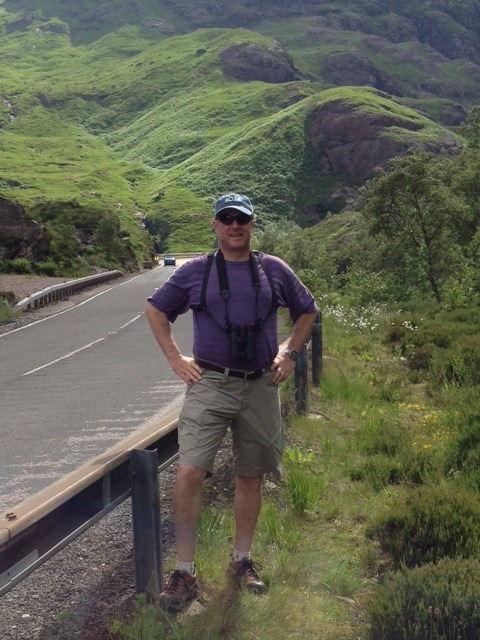 So, the Campbells got the job. They went as emissaries of Parliament and were treated as welcome guests—honoring the Highlands tradition—by the MacDonalds. But, within days the Campbells and other soldiers killed Alastair MacIain and 31 other members of the MacDonald clan. Forty more clan members, including women and children, died in the wintry wilderness after their homes were burned. That was the real massacre in February 1692. 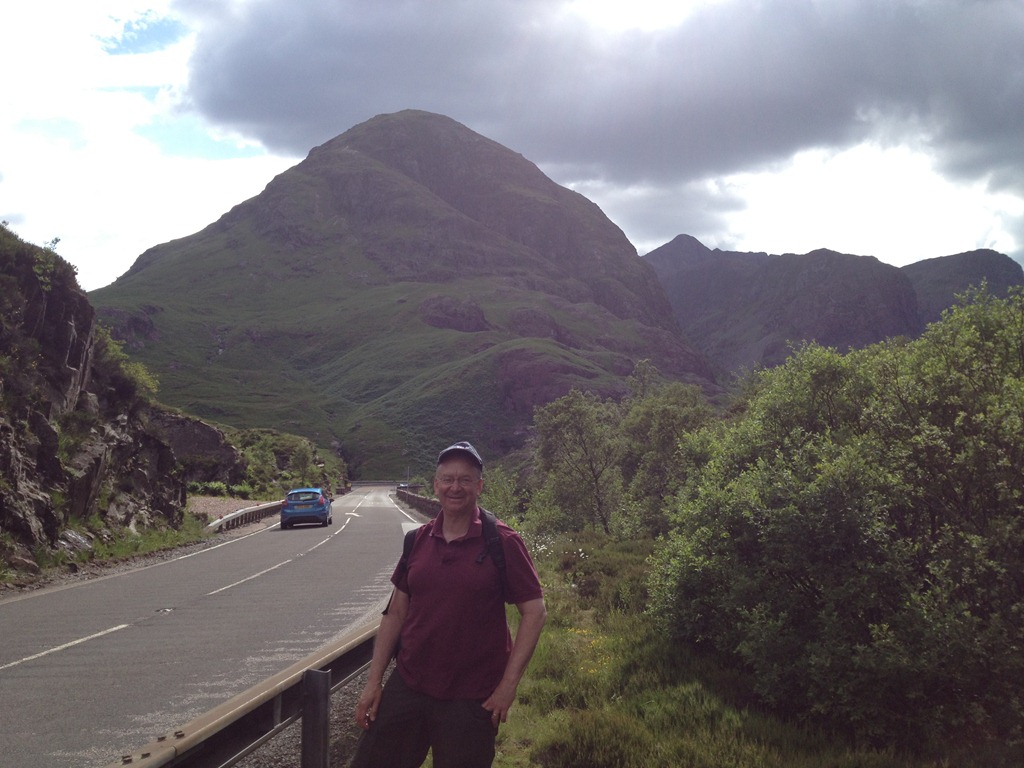 Brad, is that the Ben Nevis?

As a result, if you ever go to the Clachaig Inn in the Glen Coe you’re not welcome if you are a Campbell or even admit to knowing one. We heartily recommend a visit to the Clachaig Inn, so remember—you’re a MacDonald, at least for a night.

Port Charlotte was a good place to catch up on sleep, which we did and, after breakfast, headed out in search of the perfect dram of whiskey. First stop was Bruichladdich (“Bruch-laddie”). Bruichladdie is an old distillery that was closed in the 1990s. It was purchased in 2001 and “reborn.” The story we were told is that a young British bicyclist stopped by the gate, peered inside and decided on the spot to buy the place.