We rode the one paved, often broken, curvaceous bike trail from downtown Miami 20 miles to Homestead. In Miami, the trail is under the elevated commuter rail. From Miami it winds through the suburbs, including Coral Gables, home of the University of Miami.

Before we reached Coral Gables we stopped at the extraordinary Mack Cycle and Fitness. We come from Seattle where there are some nice bike shops. But, none carry the amount of physically present inventory, across the price spectrum, of Mack’s. All we needed were disc brake shoes for Emmy’s bike, gloves and a jersey (bright orange) for Emmy, and some new instant patches. But, what Lewis wanted could not be carried on our bikes. Every GPS, every power meter, and the most vast collection of saddles Lewis had ever seen in one store. They had a fitting and training studio using smart trainers, focused on the active tri-athlete community in southern Florida. Hoo boy!

Further south, the bike trail runs alongside the bus corridor, separated from and parallel to US 1. This runs through the other end of the income spectrum in Florida—vastly different than the spectacles of Palm Beach and Miami Beach. And, much more Hispanic and African-American than the lower income sections of northern coastal Florida. This lead us the rest of the way to Homestead, a mixed income place, the developed portions of which consist of vast tracts of strip malls and parking lots that define the urban development patterns of most of southern Florida everywhere but the actual beaches where high rise hotels, condos, and a few beach front haciendas pre-dominate. 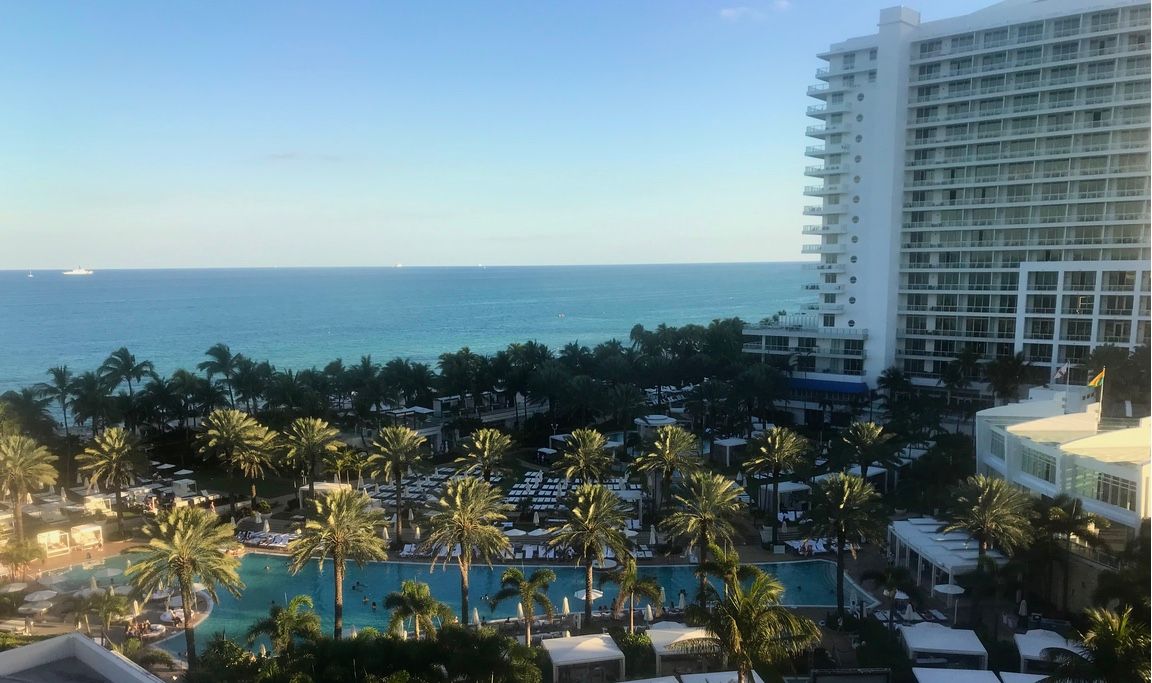 Wow, the sun does shine in Florida. We finally got the sunny, warm riding day we’d always dreamed of. With the wind at our backs we flew into Miami, through Hollywood Beach, Fort Lauderdale, and onto Collins Avenue. On Collins Avenue shoreside nature gives way to 6 lanes of traffic jams, skyscraper condos, and fancy-brands shopping–ah, paradise (lost). Here we are at the faaaabulous Fountainebleau with all of the beautiful people. 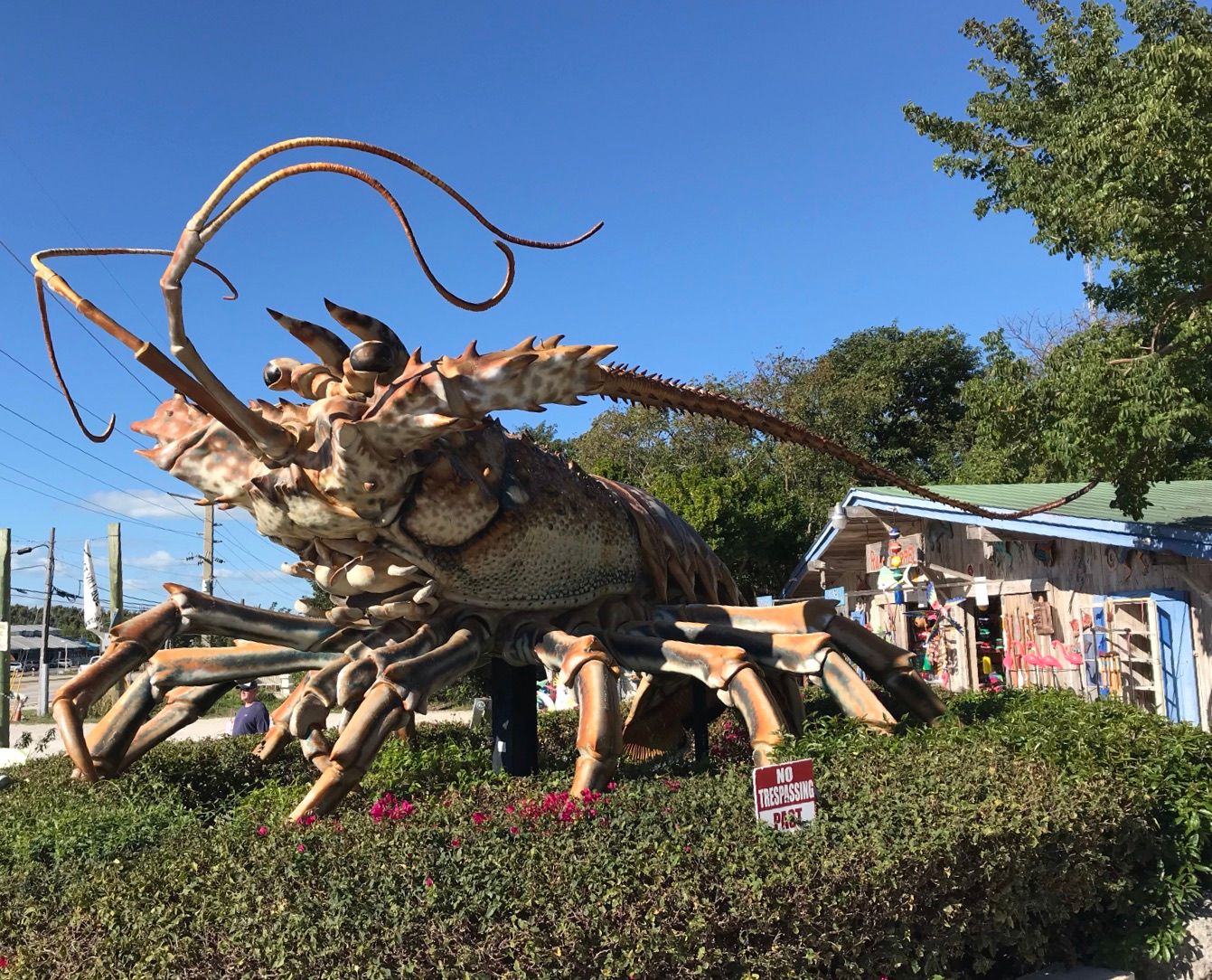 The ride from Homestead to Key Largo begins on the causeway supporting US 1—the only way to the Keys. This is a black, asphalt strip with a wide and safe enough shoulder for us to ride on. But, it was long and hot with no places to stop until you reach Key Largo. There Chef Joe’s foodtruck greeted us and a more welcoming stop there never was. Not sure the giant spiny lobster you see above was on Key Largo or further along our journey, but if the lobster fits, wear it.