Well, I know the buy local, eat local, be local movement is a big thing for various people. I’ve been a bit less rigorous about this–I’d like to have one of those mini-tangerine things and they don’t grow near me. Import one and I’ll have it.

Now experience has now taught me that if I want something good, it pays to go to the place that is owned and run by someone in town rather than the nearest outlet of a national franchise (spoiler alert: possible exception below).

Here are just a few examples:

Best coffee in the first two weeks: Pine Street Coffee in SandPoint, ID with fabulous baked goods made right there.

A surprisingly good and uniquely decorated restaurant in Omak, Washington: 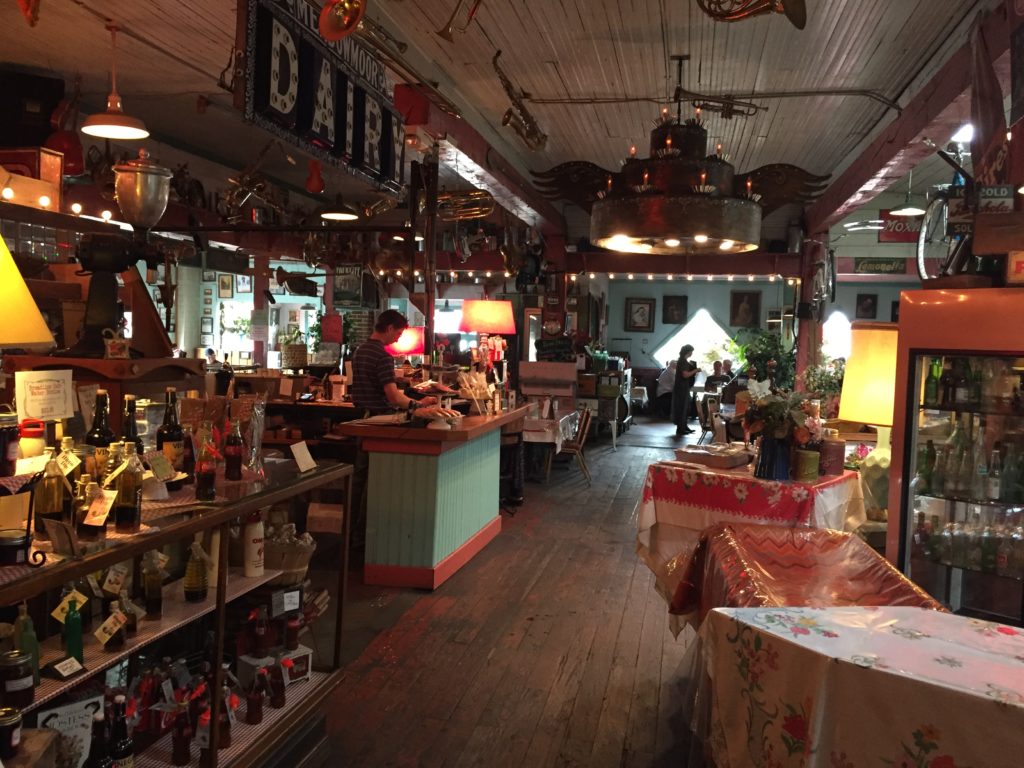 Coffee and blueberry scone at the Crazy8Barn on the way to Port Stanley, Ontario: 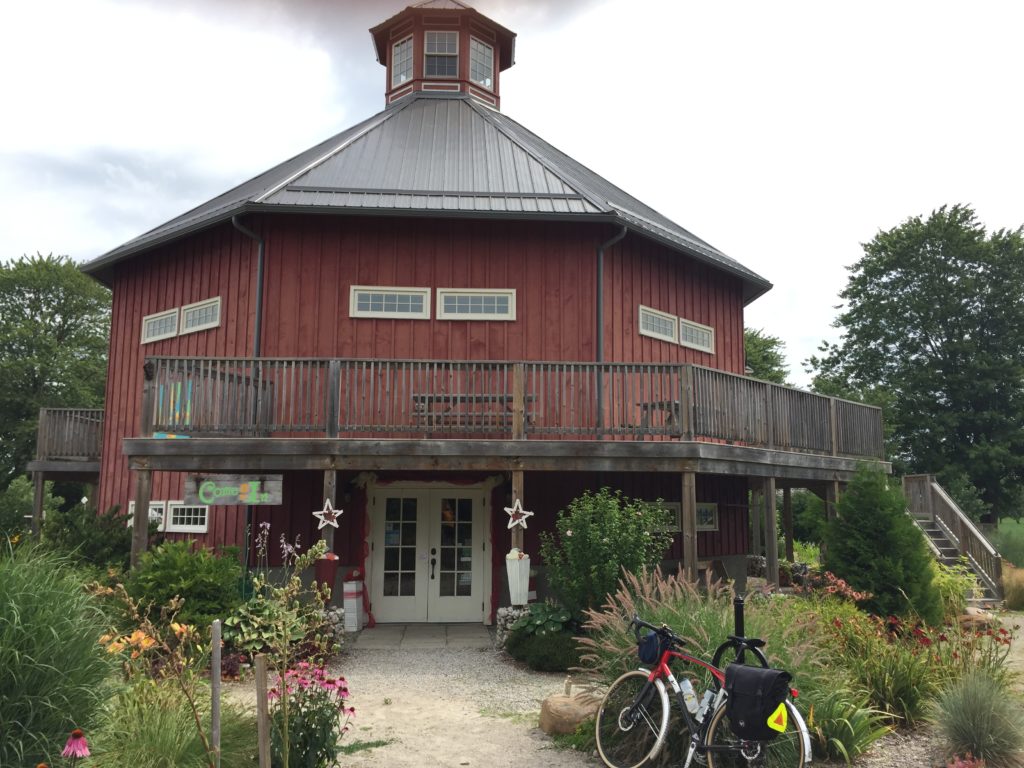 Sure, espresso-based coffee chains sort of dominate the scene, but not for baked goods.

Surprise awesome hamburger: Village Inn in Alpha, Michigan. The place was dark inside at 11:30AM when it opened. The few locals were gathering outside waiting for opening time. Nicest woman in the world served coffee and made one of the most awesome hamburgers ever. No extruded patty mix from McDonalds or Burger King can ever compare to a burger shaped by human hands and tended and cooked by a person who watches it and flips it using human judgment, not a timer. 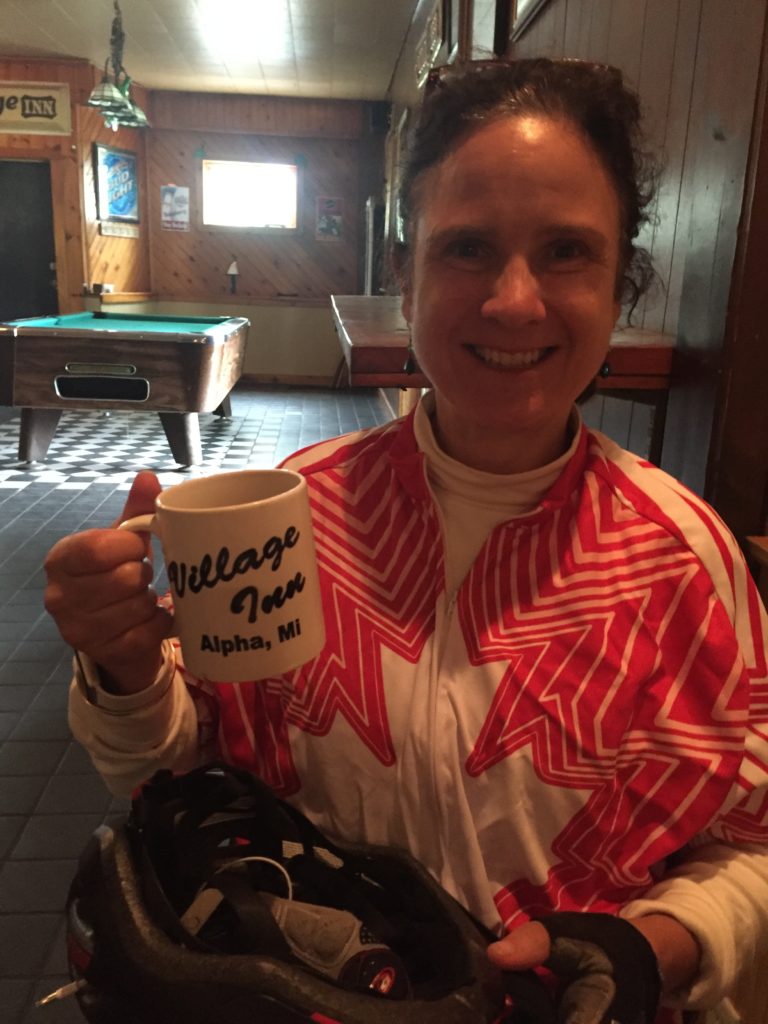 A-Pine Restaurant in Nisswa, Minnesota, which sports its own historically correct statue of Paul Bunyan: 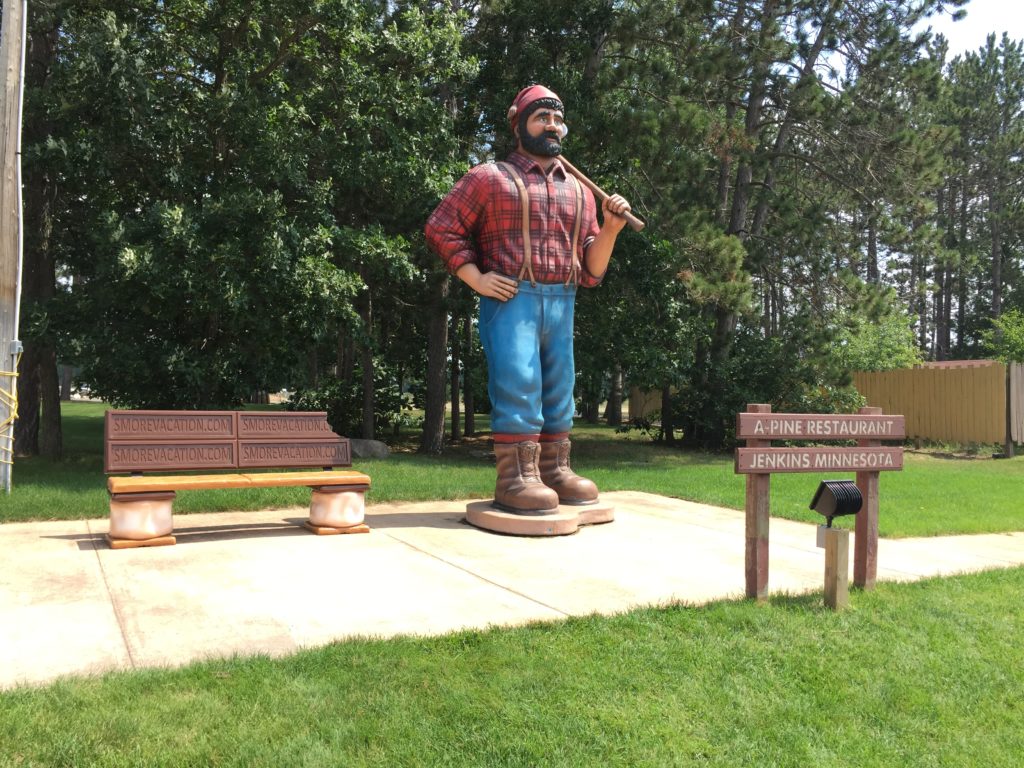 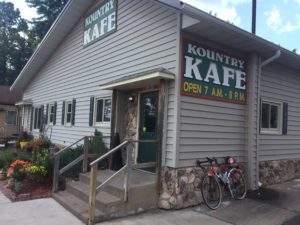 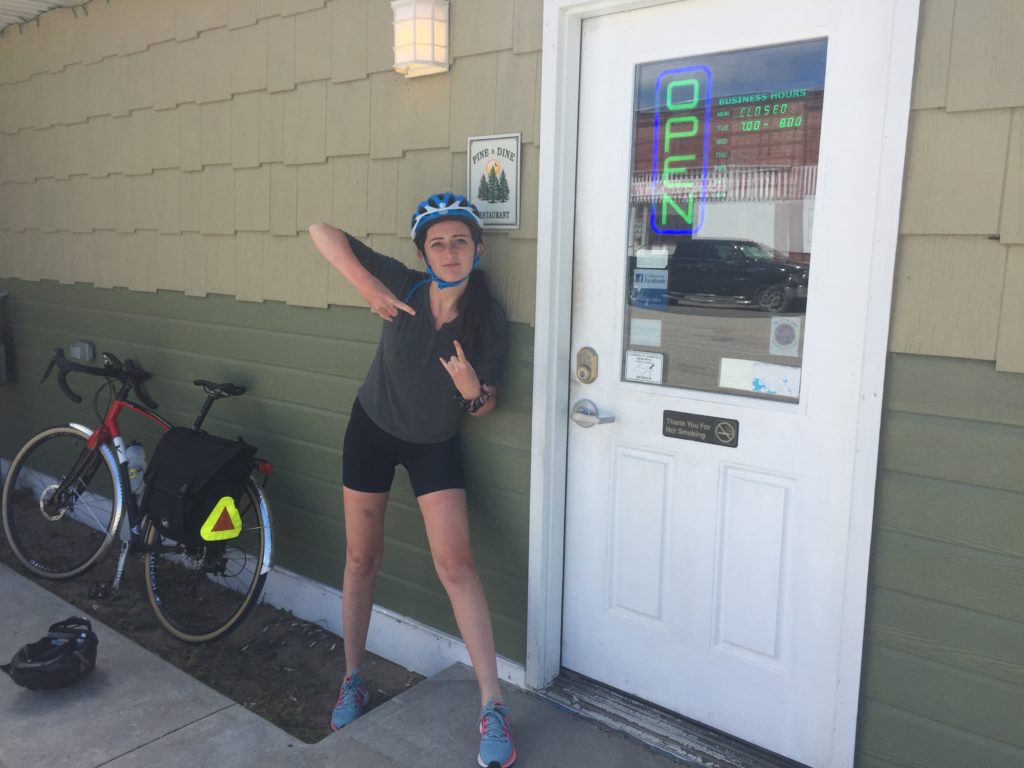 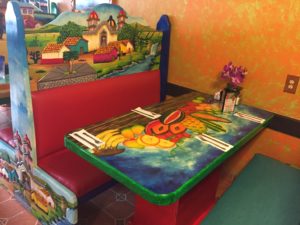 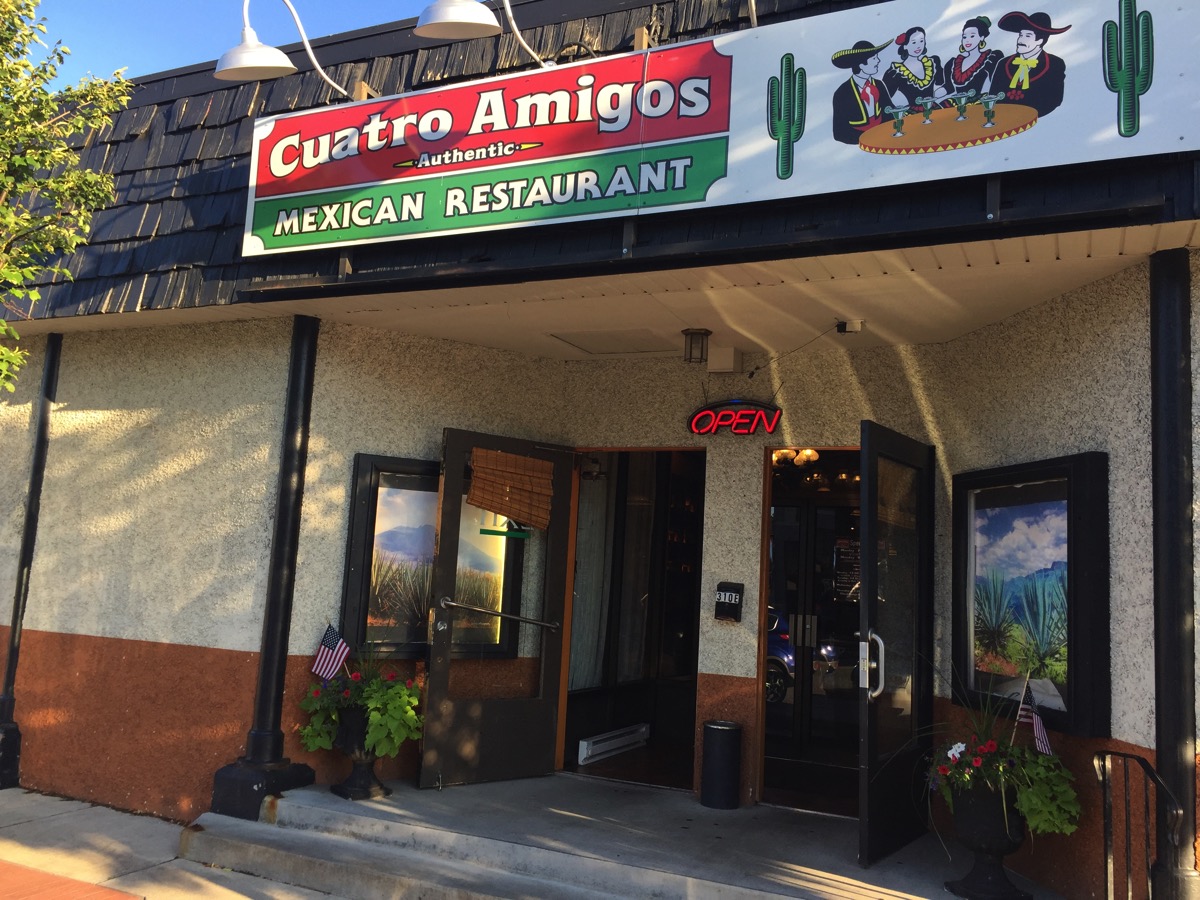 Some times you just need a vegetable ( a deep-fried potato extrusion is not a vegetable, even with ketchup):

Chinese in Glendive, Montana at J & J Chinese Restaurant, where we had our first vegetable since Whitefish, Montana where, come to think of it, we skipped the vegetables (our choice). 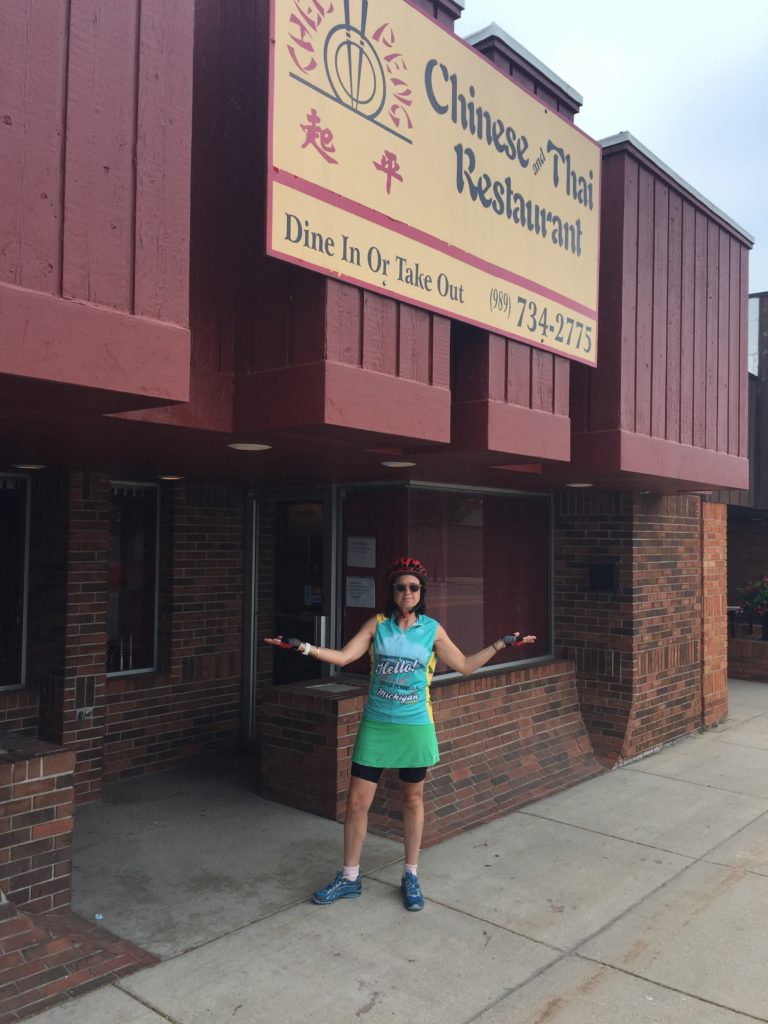 Biker breakfast: multiple pancakes, eggs, bacon and maybe sausage, too. Sure, it was almost invented at Denny’s as the “Grand Slam” but you can’t beat it when made at a fine place like this: 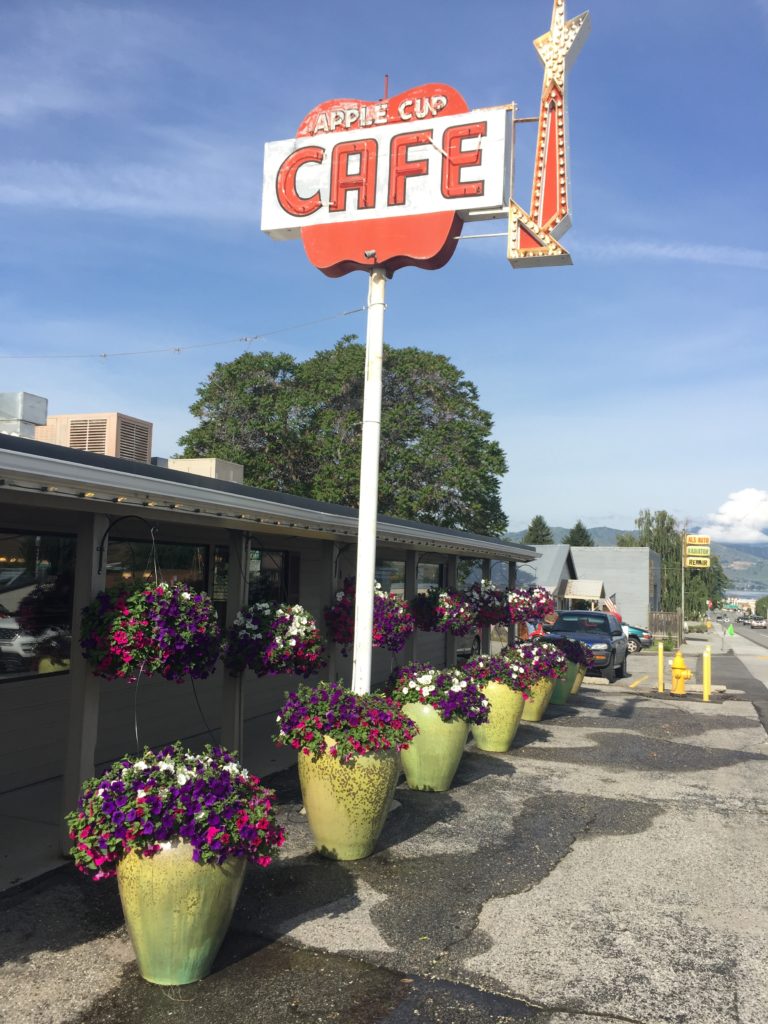 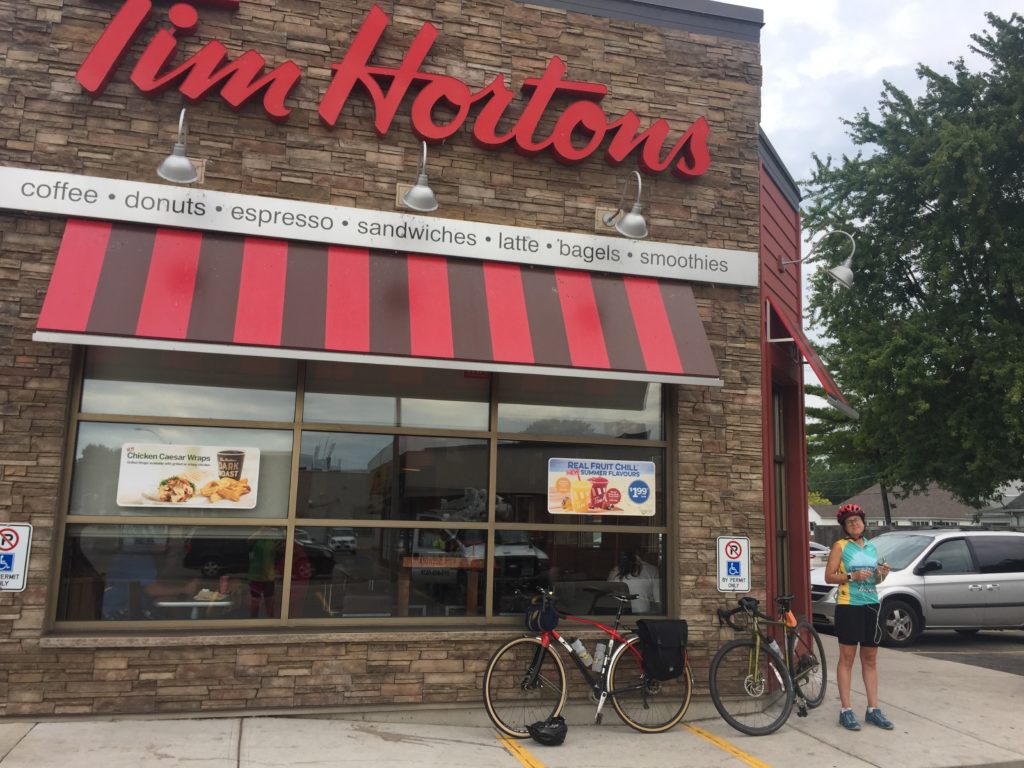 The locals sure think so! You can get a credible latte, egg sandwich, and an incredible donut or bagel in about 67 seconds. Works for me, eh.

In Fairhaven, NY there is the Hardware Cafe and General Store.  Most of the hardware is antique; most of the general store items are bric-a-brac; the coffee, baked goods, and breakfast are awesome. The ambiance is genteel frowzy. 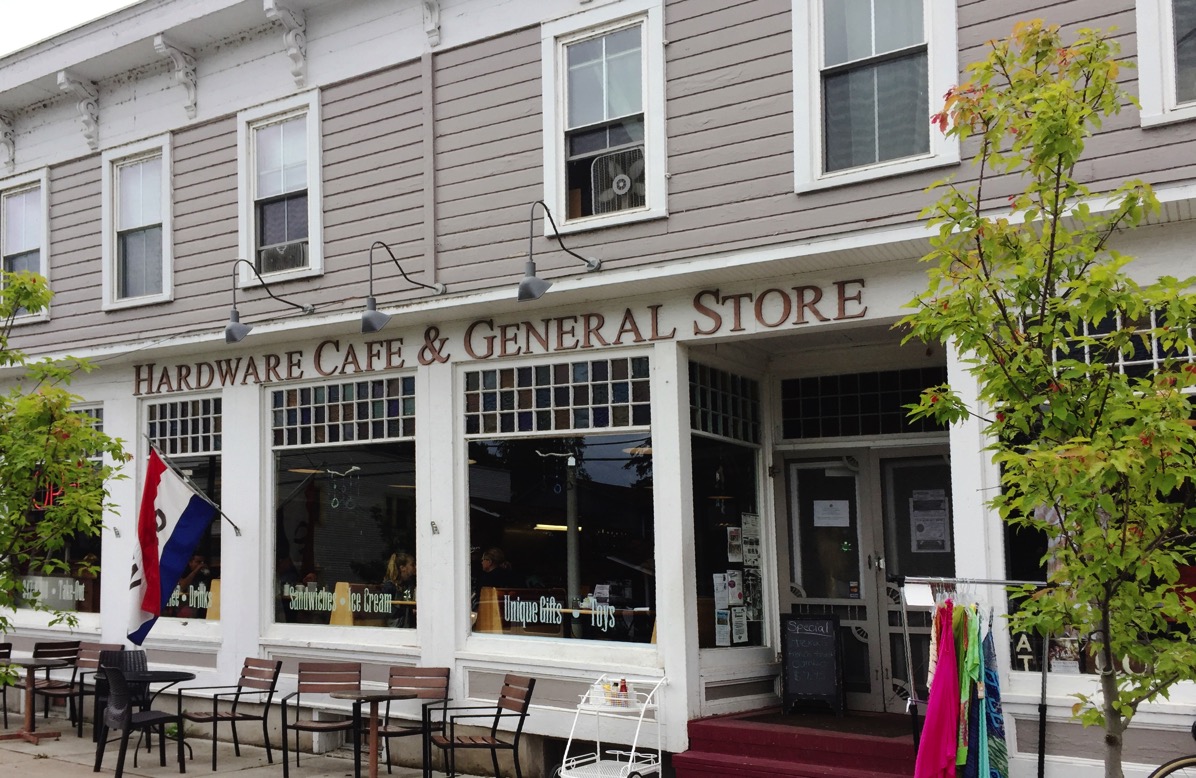 A great stop in Thetford, VT. I had pancakes for lunch. Power to pedal. 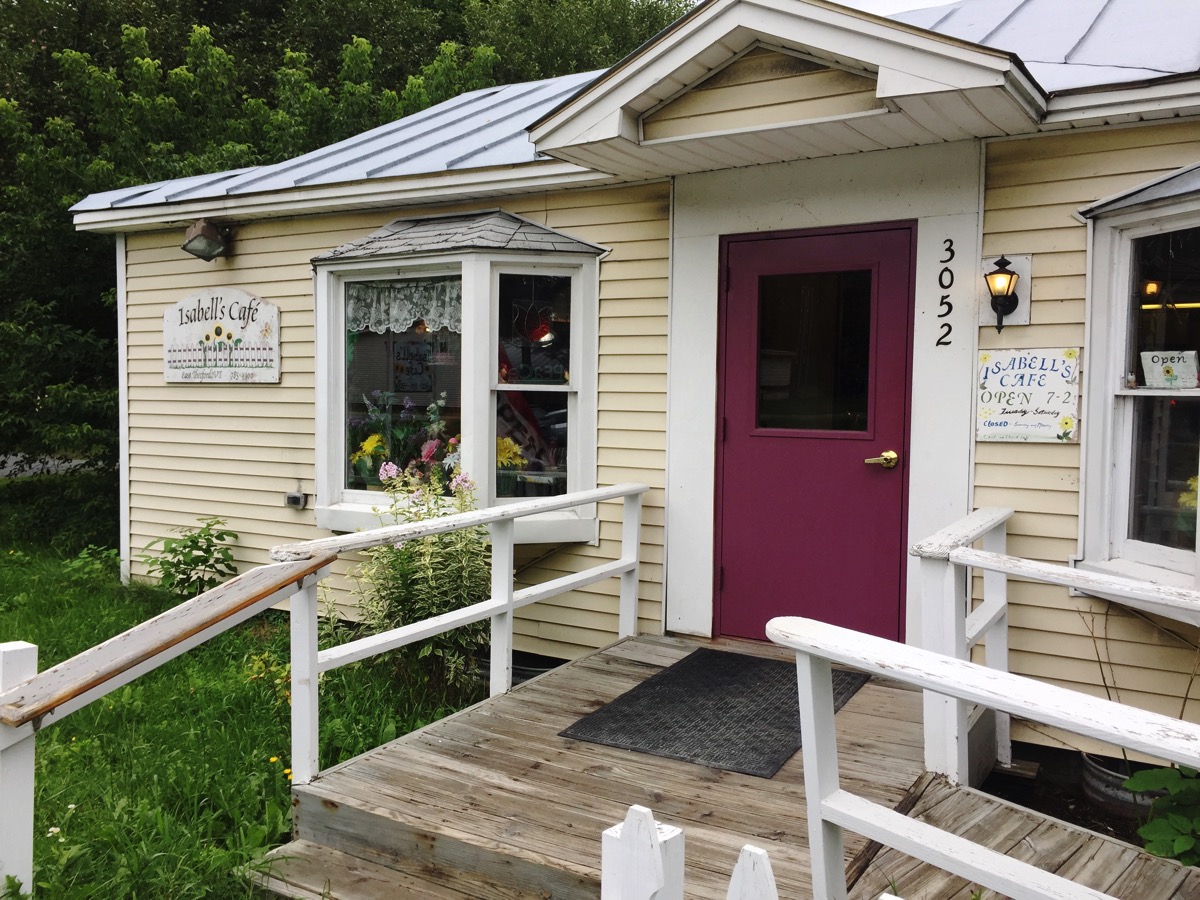 In Waldoboro, ME there is nothing like Moody’s Diner. Copious quantities of all your favorites. 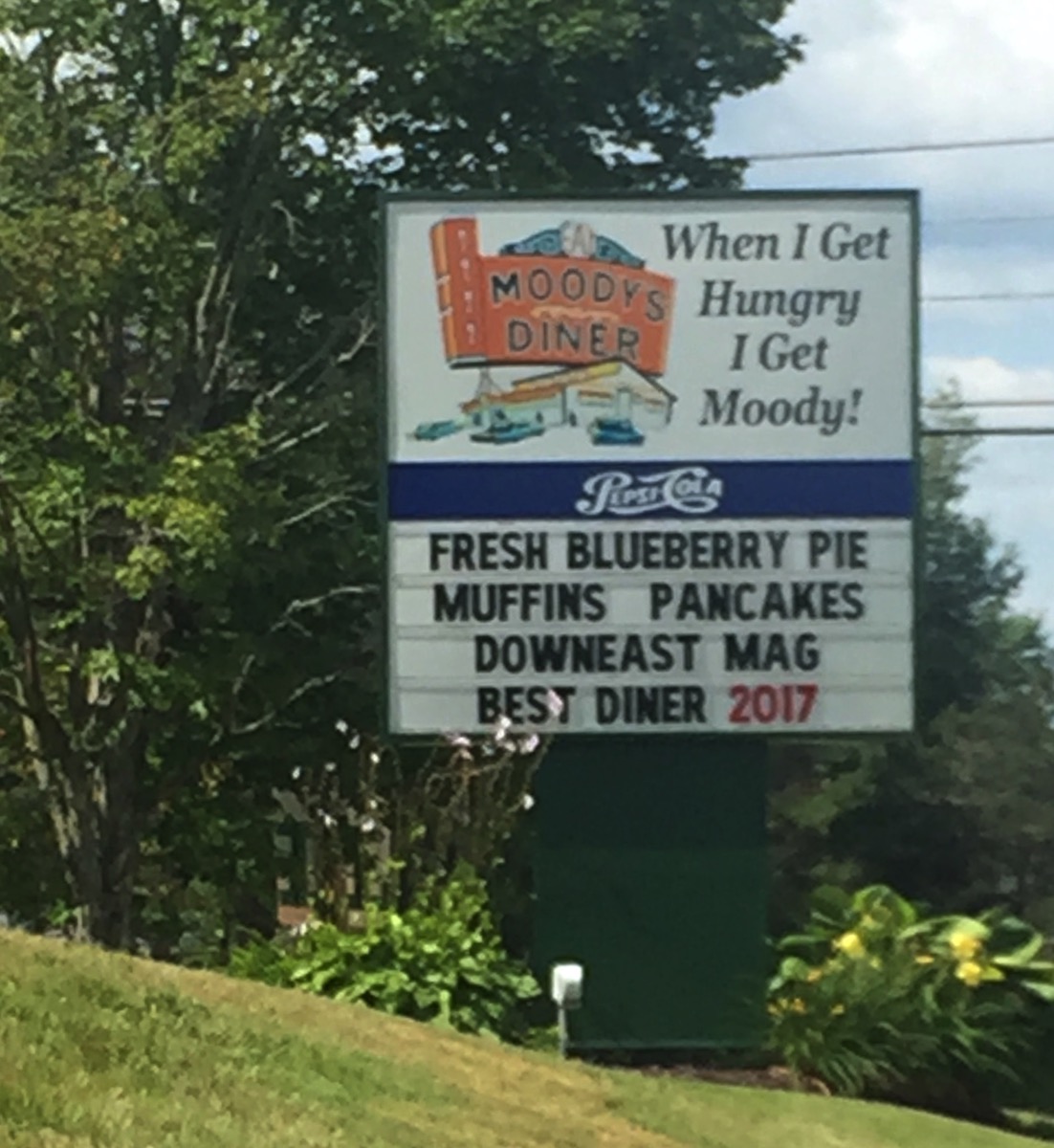 Everyone’s been on the ride–simply everyone. Jay, Ellie, and Susie have all joined, each for 3 different days of riding. What a delight. All 3 have done stints on our e-bike, declaring they wished they’d ridden the real bike. Actually, Jay was rather smitten with the e-bike… …truth be known.

Just a quick update since last we spoke. Yes, we are more than 3/4’s done: 3165 miles from Seattle and only 797 miles to go. Kind of amazing. After the U.P.M, we rode down the Lake Huron shore of Michigan. Then we cut across southeastern Michigan to enter Canada in Sombra, Ontario. From there we rode along the Canadian shores of Lake Erie. At first, it was mostly a long straight road through farm fields.